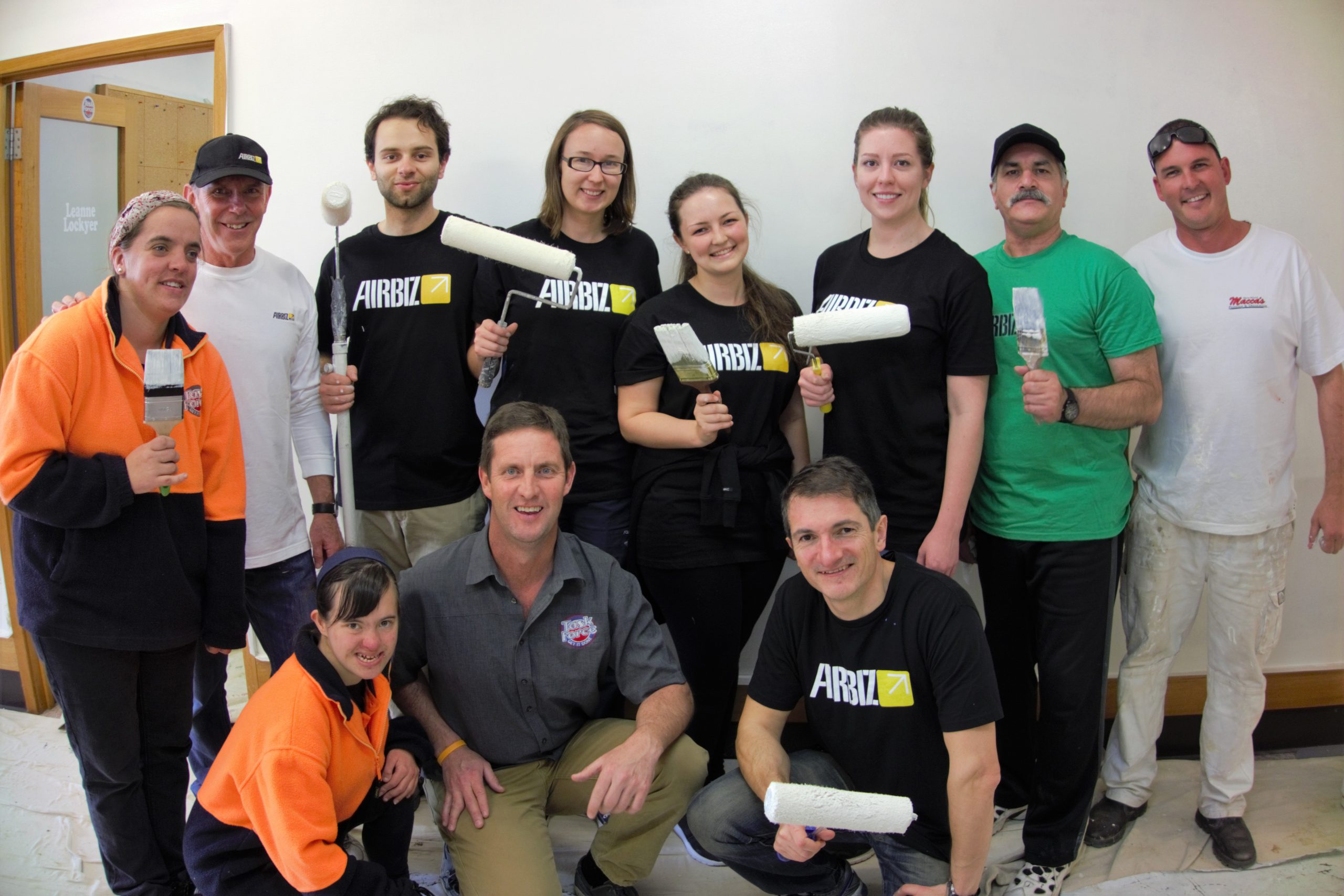 Murray Human Services (MHS) is an organisation that supports and employs people with intellectual disabilities.  One of their best-known programs is Little Blue Towels, an initiative that recycles towels that have been used only once in hospitals to dry sterilised hands.  Employees wash, fold and package the towels, which are then sold.  Profits go to the OTIS Foundation, a charity that supports breast cancer patients and their families.

Our staff began by painting MHS’s headquarters, and then we worked alongside MHS employees folding Little Blue Towels and on an assembly line removing labels from canned food.  Enterprise & Inclusion Manager Phillip Evans estimated that our efforts on the day saved them nearly $10,000.

Following the volunteer work we teamed up with the Echuca-Moama Rockets, an all-abilities football club associated with MHS, to play a game of Aussie Rules football.